That one magical morning on BART...

I ride BART every day. I get on in the mornings at the second stop on the line. In spite of being so close to the start of the line, it’s always very full. BART likes to brag that it “runs more of its fleet than any other major transit agency despite having the oldest trains in the nation” but we all know that’s marketeer-speak for “we’re running at full capacity all the time with no room for growth or error”. Right? Right.

This is what a “light” morning looks like at my stop, Union City Station, when I get on around 8:10 am: 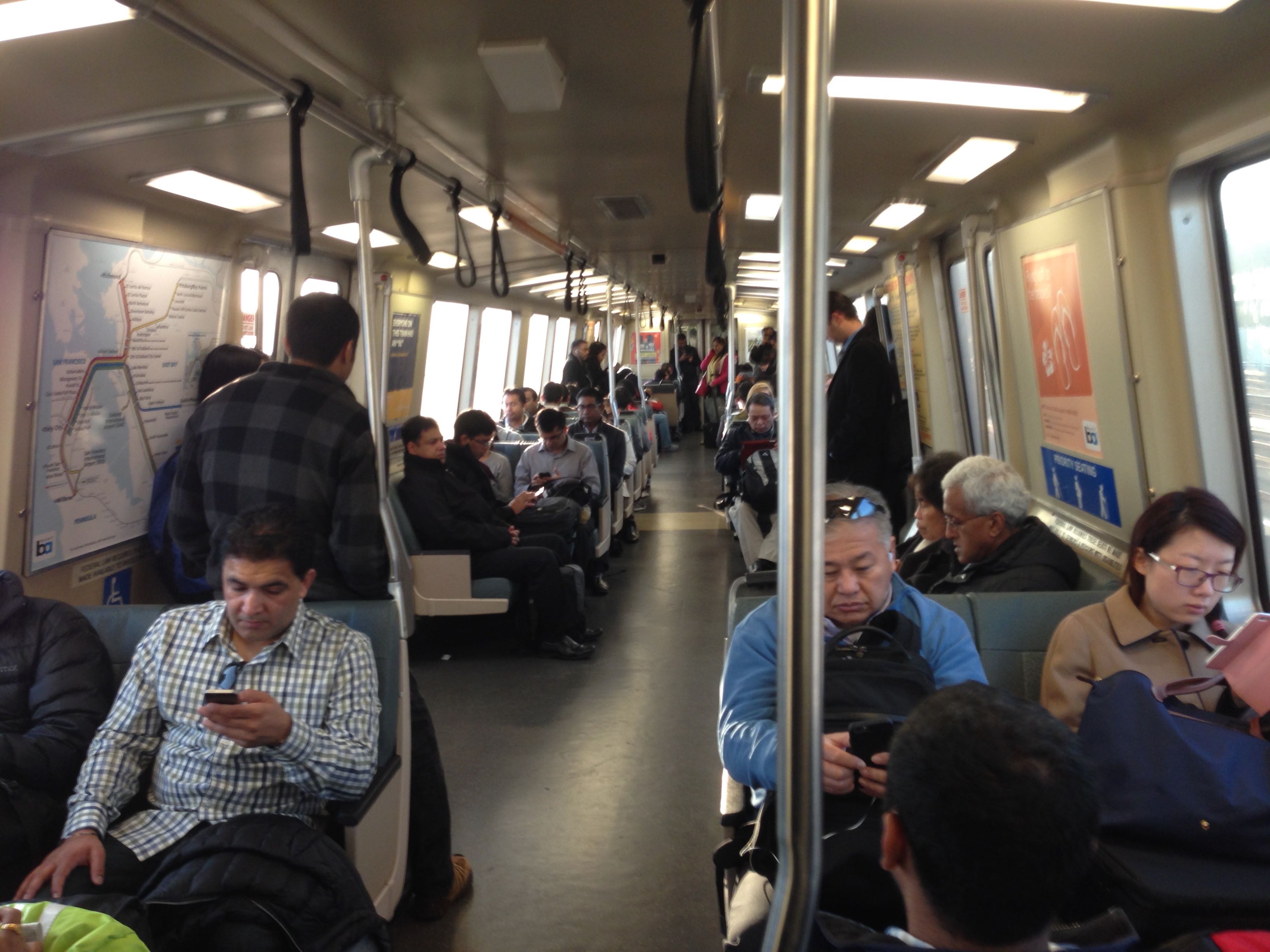 Not bad; not great. You’re at least confident you’ll get a spot to stand and a place to hold on to. Some mornings you can score a place to lean (I was leaning against a door at the end of the train when I took this picture). And at least one morning a week I’ll score a seat (though it usually ends up being given up mid-ride to someone older than me).

So imagine my surprise when I get to the platform and there’s a train there, waiting, doors open and no one is getting on the train. What is this madness? The signs on the platform were all saying Train will not stop but the train conductor was on the PA saying it was an error. It was an SFIA-bound train. My train. And indeed it was my train: 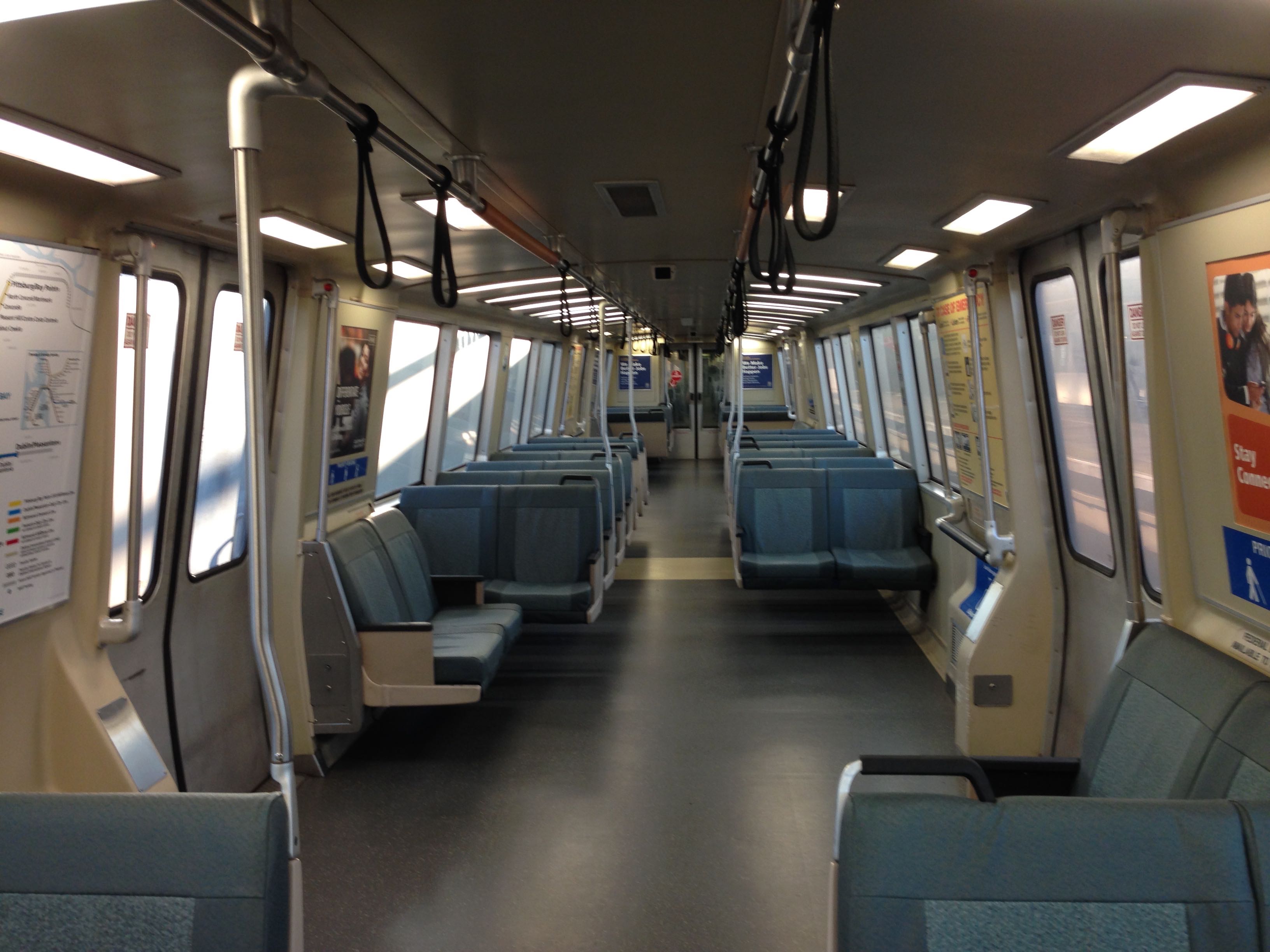 That train stayed nearly empty the entire way in to the city. Everyone who got on at each stop got a seat. No one sat in the seat next to me or directly across from me. It even smelled decent, freshly cleaned. It was a beautiful thing and a glimpse of what BART was originally intended to be: transportation of the future.